He hadn’t meant for it to end like this. What went wrong? He was so sure he was ready for this game. For the duration. For anything they would throw at him.

The team recognized him as their player with chutzpah. Some of them probably thought he was too impulsive at times, but they all admired him for his nerve. They could  count on him to step up to the plate and take care of business.

All of them heard him vehemently vow this moment would never happen. Now none of them would respect him. But that wasn’t the worst of it. The worst of it was he had disowned his adored captain.

Disgraced and humiliated, Peter ran from the courtyard into the dark of night, his burly body shaking with racking sobs. Soon, however, he realized the team was not going to ostracize him. Then in a few weeks, the captain invited him to an early fish breakfast on the seashore. There Peter learned the final score.

“Simon, son of John, do you love me?” Jesus asked three separate times. One time for each of Simon Peter’s denials in the courtyard that fateful night.

One by one Peter matched each denial with a confession of loyalty:  “Yes, Lord; you know that I love you.” After every assertion, Jesus gave the apostle a job to do. In other words He reinstated Simon Peter into His fellowship. He was given a second chance.

Peter had made three strikes during that night of testing, but he was not out! He had become a better man, one who himself would go to the cross for the Son of God  he had once denied knowing. 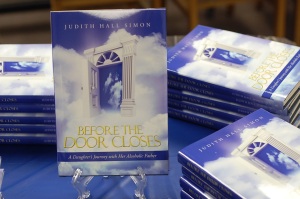